The previous newsletter contained the findings from the seminar organized on 10 October 2018 by the National Committee, in collaboration with KBS, LOShbo, NUFFIC, and the UAF. The seminar dealt with two main themes – the admissions policies of institutes of higher education for non-EEA students, and the support given to international students with regard to the monitoring of their study progress. The meeting produced some valuable findings, which the various organizing parties are keen to follow up, and which are actively being attended to at the time of writing. In this article, we bring you up to date on how things are moving.

A number of the findings that require follow-up action
For students who are moving from one type of study programme to another, or for those who are transferring from one institute to another, the final enrolment date is 31 August. This puts a lot of pressure on institutes as they attempt to assess the admissibility of students in time. It makes it more difficult to assess students’ motivation and to provide them with guidance as they seek to find a programme that suits their needs. It also sometimes leads to students not being able to embark on their studies until mid or late September. This creates a real possibility of their falling behind schedule in their studies from the very start. That is a highly undesirable situation, from the point of view of the student and the institute alike. A number of institutes are experimenting with earlier enrolment dates in order to prevent the aforementioned problems from arising. The working group is looking at how this might lawfully be organized.

One clear signal that has emerged is that international students have a need for Dutch-language classes, preferably at no or little charge. Learning Dutch, even for those students who leave the Netherlands after their studies, enhances their experience as students and helps them build up their social networks. It was noted in the working group that offering Dutch-language lessons would be a useful means of improving the well-being of students. Also, learning Dutch is a good way of creating ties between the students and the Netherlands. Their chances of getting a job are greater if they have a command of the Dutch language. In the context of language policy, VVD and CDA recently asked how the Ministry of Education wishes to promote Dutch language skills among students. The minister replied that she believes responsibility lies primarily with the institutes of education themselves and that she sees it as their duty to act in this regard. This duty to act is also contained in the Code of Conduct preamble. The working group is presently conducting an inventory of the range of courses available, what they cost, and how extensively they are being taken. We are looking for affordable or free options that are easily accessible to students. 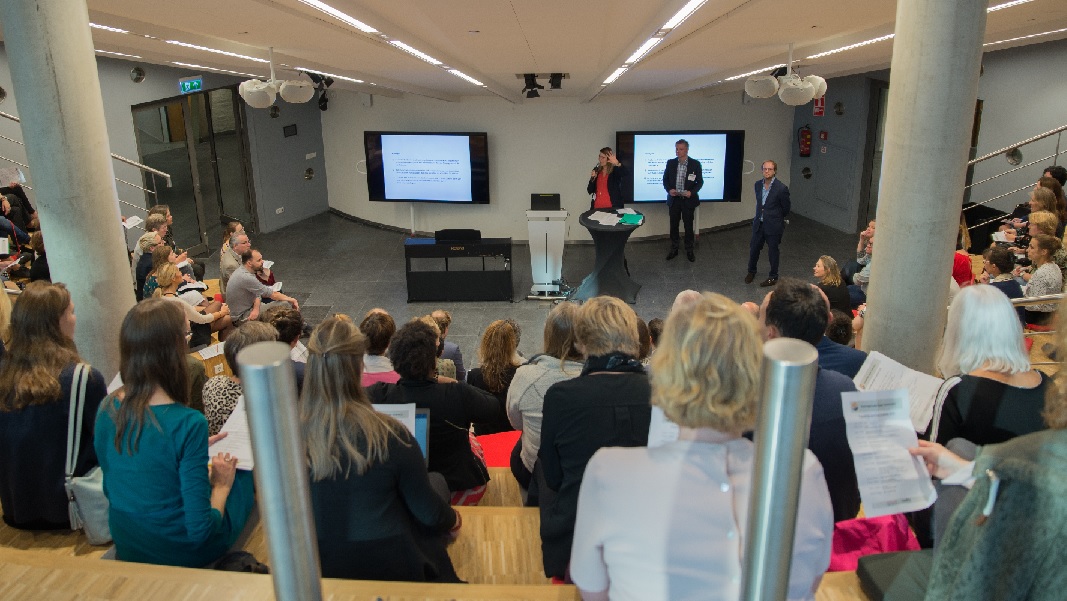 It emerged during the seminar that there is a lack of clarity about the interpretation of a ‘justifiable reason’, in the context of Article 5.5 of the Code of Conduct. In the event that a student makes insufficient progress, the institute of education concerned should deregister the student from the IND, in the context of recognized sponsorship. If there is a justifiable reason for the student’s lack of progress, however, the institute may excuse the student and does not need to deregister him or her from the IND. The Code of Conduct states: “During each sponsorship period, notifications to the IND regarding any student who requires a residence permit who has made insufficient progress in his or her studies may be refrained from on one occasion only, providing that the second instance of non-progress is due to the same personal circumstances as the first.” However, does this mean that a psychological condition that can affect a student’s performance for several successive years may be invoked on only one occasion? And what approach should be taken in the case of successive pregnancies? This is an issue we can address with the help of the Code of Conduct. In the short term, we would like to eliminate any ambiguities by drawing up a guide in partnership with the relevant government bodies. In the long term, an amendment to the text of the Code of Conduct is probably required.

Theme for a future seminar?
The well-being of students is one of the topics that was addressed during the seminar and one that has received much attention in recent times. It is assumed that there is a close link between a student’s performance and their well-being. International students start their studies at an early age without any kind of social support network. Asking for help does not always sit easily with their cultural background and they are simply unaware of the range of options that institutes of education have available. To an increasing degree, many institutes are focusing on the vulnerable position of international students. This is being translated into specific policies aimed at the well-being of international students – examples include the setting up of social activities away from the curriculum, buddy systems, and the appointment of psychologists who speak a range of languages so that students can talk about their situation in their own tongue. It was pointed out during the seminar that it is important that every layer in an institute of education, from academic counsellors to board members, should be aware of the position and well-being of students. Against that background, and because we believe there is still a great deal to be done in this area, the Committee is considering organizing a meeting or seminar based on this topic. What is your view on this? And do you feel there is a need for this? We would be pleased to hear from you.

Steps still to be taken
Some of the findings still need to be put to the relevant ministries. This is a task for the umbrella organizations, such as representatives of the higher education field and owners of the Code of Conduct. They know how best to set out the problems and to put forward suggestions for legal amendments. The Committee recently held extensive discussions on this matter with the board members and policy advisors of the NRTO, the Netherlands Association of Universities of Applied Sciences, and VSNU umbrella organizations. This concerned questions of interpretation of laws and regulations in the context of the possibilities of setting additional course requirements without the need to limit the number of participants to a fixed maximum. Lack of clarity on whether or not to refuse a recognized sponsorship in case of doubt about a student’s motivation, such as when they hop from one institute to another. We hope to obtain greater clarity on these matters in the near future and will keep you informed during the process.

And do you remember Arno Overmars’ and Jolanda van den Bosch’s achievement regarding the admissions policies of institutes of education vis-à-vis non-EEA students? Because of differences in the objectives in the laws on higher education (Higher Education and Research Act) and the admission of non-EEA students to the Netherlands (Aliens Act and Modern Migration Policy), questions of interpretation have arisen regarding admissions policies and the options available to institutes in shaping their own policies. The Netherlands Association of Universities of Applied Sciences set this out in a letter in the past to the Minister of Education, Culture and Science and the Minister of Justice and Security. The National Committee has put this letter and the current problems back in the spotlight.