In the beginning of 2016, the National Commission took the initiative to start the evaluation of the Code of Conduct. A year later the process was completed, and now we can look back with satisfaction at a carefully designed process that resulted in a new version of the Code of Conduct. This article briefly explains how the evaluation process was designed and what the most important findings were. For more detailed information we would like to refer you to the final report of the evaluation. 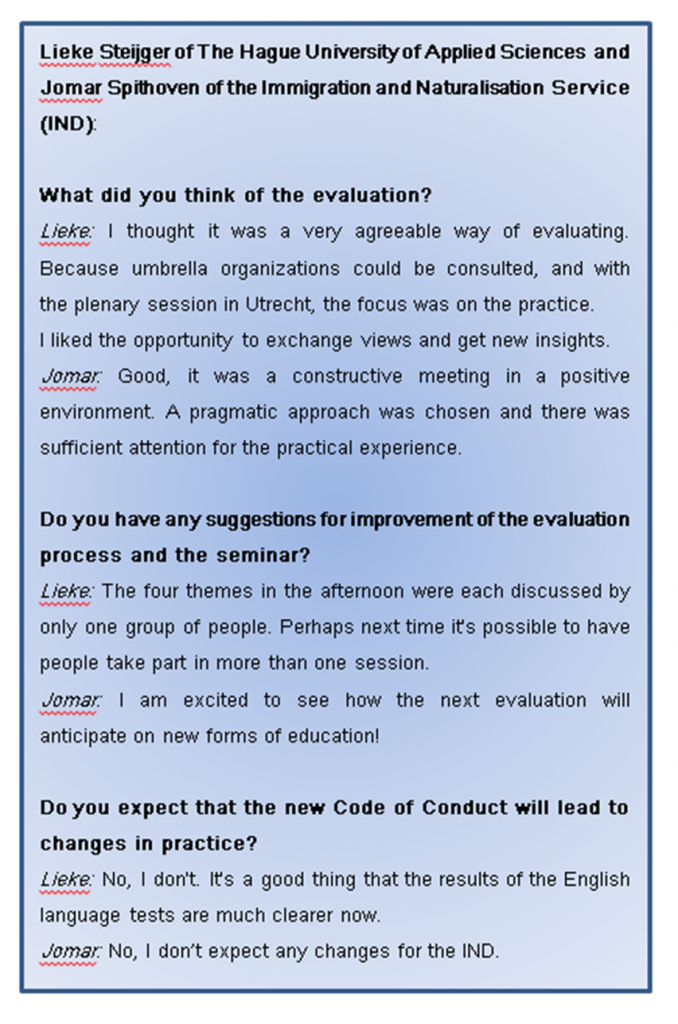 The Code of Conduct stipulates that its content and operation must be evaluated every five years. The aim of the evaluation is that the educational institutions, umbrella organizations, international students and government bodies involved, jointly update and improve the text of the Code of Conduct. For the supervision of the evaluation a working group was set up which included representatives of the umbrella organizations: NRTO (Dutch Council for Training and Education), the Netherlands Association of Universities of Applied Sciences and VSNU (Association of universities in the Netherlands), together with the office of the NC, and with an advisory role for the Ministry of Education and the Immigration and Naturalisation Service. 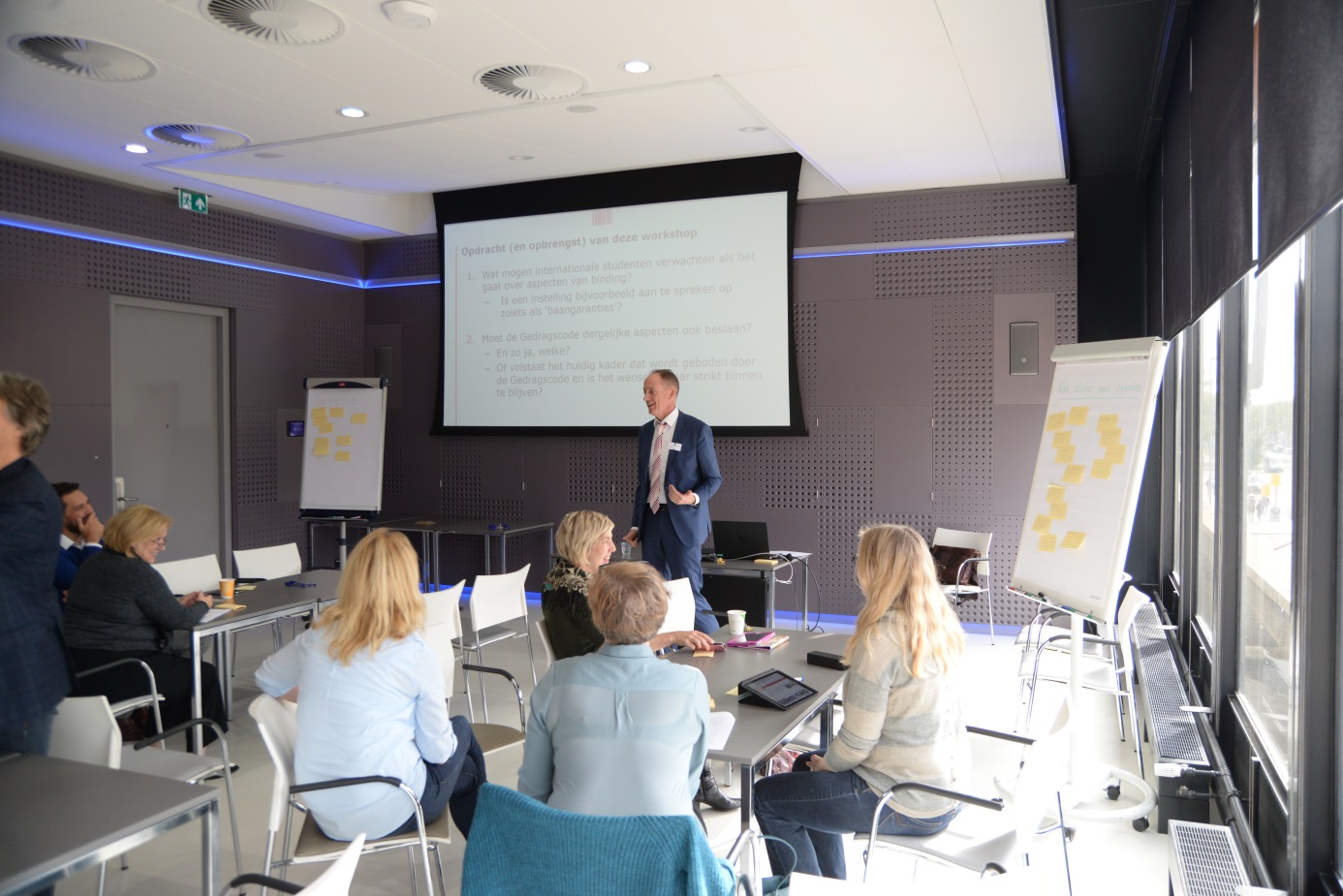 For the complete report of the evaluation we would like to refer you to the document ‘Final Report Evaluation’.